We headed “down South” this week to spend the New Year with my family.  It was a relatively rare gathering of my immediate family; Mum & Dad, Sister, Brother, Nephews and Nieces.  It was even more rare for us to spend so much time together; typically visits are restricted to a weekend arranged around a family event or celebration.

As well as featuring my first dry (and sober) New Year’s Eve since the 1990’s, the extended visit and miserable weather presented the opportunity to waste time together, catching up on events and developments in each others lives. 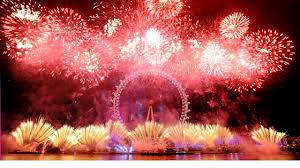 Our New Year celebrations were a little more subdued!

It was great to see everyone!  We seem to have had more than our fair share of challenges over the past year; emotional, physical and psychological.  However, we are fortunate… and I am particularly fortunate to have such a strong, supportive and generous family.

As you would anticipate, food and drink were a major feature of the visit.  Despite significant temptation, I managed to stay on the straight and narrow, even when presented with a variety of delightful desserts, cheeky cheeses and some of the most extravagant Burgers I’ve ever seen (the “Surf, Turf and Cluck” Burger in particular looked mighty fine!).  How my Sister and Mum managed to keep producing meals I have no idea, but we’re all very grateful!  Thanks!

Inevitably, in time, the competitive embers were stoked by younger members of the family and a “Girls vs. Boys” challenge was thrown down.  The games tested our knowledge, skill and nerves, culminating in a win for the Boys… of course!  To be fair, we benefited from the fact that the game was produced in 1995 and some of the questions were rather dated, particularly for those born in the 00’s! 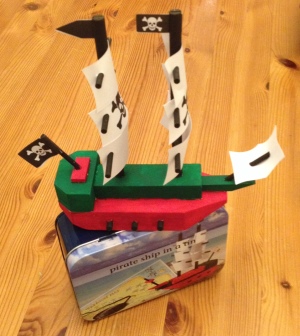 A late Christmas gift allowed me to demonstrate my creative prowess as I built and painted a Pirate Ship.  The present included an Eye Patch and Treasure Map, but I resisted the temptation to become a fully fledged Pirate… perhaps next year!

Personally, I’m relieved to be heading into 2014 “on the up”.  I’m able to reflect on the trials of the past and look forward with optimism.  While others are in a similar position to myself, I feel for people that have experienced a loss, or are still on their challenging journeys and fearful of what the future might hold.

I wish everyone a Happy, Healthy and Successful 2014!

I also think that having a Heart Attack isn’t very Festive.  In fact, I wouldn’t recommend one at any time of the year.  They can be inconvenient.

Unfortunately Christmas is a risky period.  Apparently Christmas Day, Boxing Day and New Year’s Day are the three days on which you are most likely to experience a Heart Attack. 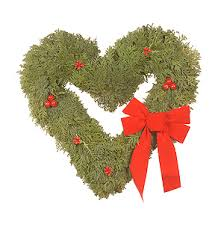 I’m no medical expert, but when you read about the contributory factors, there appear to be some fairly basic things you can do to reduce your level of risk: 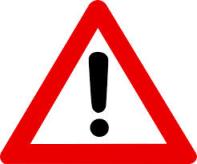 Possibly most importantly… do not ignore the warning signs.  Apparently it is common for people to ignore pain or discomfort, not wanting to “cause a fuss”.  As a result, they wait rather than seeking medical attention.  This can make the difference between life and death.  Don’t!

OK.  Sermon over.  Now, where are the Mince Pies?

“Put another layer on!”

The weather has turned again over the past couple of days.  Although we’re far from the depths of winter I’ve been feeling the cold in ways that I’ve never experienced before.  In the past, I’ve always prided myself on being warm blooded, not any more.  My default response to people complaining of the cold has always been to suggest they put another layer on.  Unfortunately the layers aren’t working for me.

This morning I woke up with cold hands and cold feet.  Despite my best efforts they stayed that way for most of the day and the cold gnawed away at my energy and enthusiasm.  It was the kind of cold that can only be fixed by going back to bed… I have to admit I tried that too, without much success. 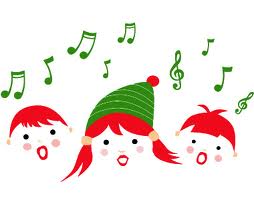 Fortunately I had the pleasure of attending my daughters’ School Christmas Concert this evening.  It literally and metaphorically warmed me up… the Music Hall was toasty and the atmosphere was light and festive.  The event traditionally marks the end of the winter term for the girls, so spirits were also high.  Christmas excitement was mixed with relief that everyone will have a couple of weeks of relative rest.

I am really looking forward to some time off over Christmas too.  For one reason or another I have had more time away from work this year than I have ever had, to be honest I don’t feel like I’ve properly carried my weight.  Despite all my time off I’m still ready for a break. 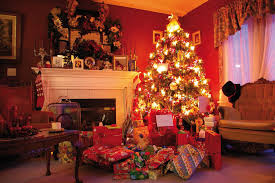 Our place is all set for Christmas!

I’m looking forward to some down time and some family time.  I’m also looking forward to exercise being more of a focus of my days rather than something I fit in around work,  I’m not planning on changing the routine or the diet dramatically over the next few weeks, but I will allow myself an “eat what I want” Christmas dinner (not as much as I want however!).

Only two more days to go before I can put my feet up too!

While I have always enjoyed holidays, I haven’t always looked forward to them as much as I perhaps should have.  For some people, the planning, booking, anticipation and preparation are as much part of the holiday as the holiday itself.  I am not one of those people.

For me, the thought of holidays used to feel like a hassle.  An extra complication in my life that I could do without.  The fact that the complication was self-inflected compounded the issue.  The preparation required to be away from the office for a couple of weeks, and the subsequent “catching up” always felt like they added to an already hectic, often stressful situation. 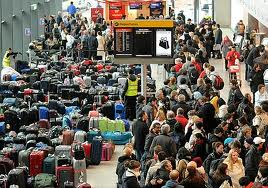 Really not my idea of fun!

At work I often had lengthy periods of extensive travel.  I would spend too much time at airports, on planes or alone, eating Club Sandwiches in hotel rooms.  There were many elements of a holiday trip that were reminiscent of business trips.  Worse, I was likely to be surrounded by holiday-makers and the inefficiencies of Charter flights and Packaged Tour Guides!

I used to deal with the negatives by ignoring the fact that I was going on holiday until the last possible moment.  I would rely on last minute preparations and, in event of emergency, the Credit Card to dig me out of holes. 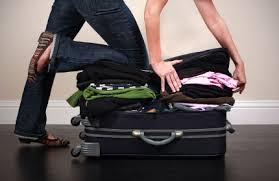 Really not my idea of fun!

To make things worse, I have never enjoyed packing / unpacking / re-packing – I used to get around this by living out of a suitcase.  On occasion this would last for weeks after I had returned from holiday.  My clothes returned to their proper homes as they are worn, washed and put away (not a quick cycle!).

When I was a kid, I used to hate missing school.  As a result, there was more to being ill than the sickness… I hated it!  I always used to feel like I was missing out on something.  It felt like the day I missed would be the day when some critical, life-changing knowledge would be imparted.  As a result I would be forever at a disadvantage.   I guess it used to feel like missing work had similar implications, on some level I would forever pay for lost opportunities as a result of not showing up.  After all, they do say that 90% of success is showing up!

As I say, I have always enjoyed holidays once they’ve (and we’ve) actually arrived.  In particular, we’ve had some fantastic holidays over the past few years.  We’ve created some really special family memories in some fantastic locations.  They are really restorative to us all individually as well as a family.  I’m relieved to say that I’ve never been quite so stubborn and narrow-minded as to think they weren’t a good thing.

My general feelings about holidays have softened considerably over time.  Nowadays I look forward to getting away.  To switching off and winding down.  I’ve even been known to leave my work phone at home, introducing “emergency contact only”! 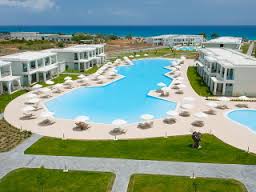 Our resort in Rhodes. It looks nice and quiet!

“Why”, I hear you saying, “is he rattling on about holidays?”.  Well, on Friday we’re off to Rhodes (Greece) for a couple of weeks in the sun.  It’s a substitute holiday for the Florida Trip we had to cancel because of my Heart Attack in the summer (the long haul flight, high temperatures, Amusement Parks and lifestyle really weren’t favourable for a new member of the Heart Attack Survivor’s Club!).  We’re all looking forward to some sun, relaxation and healthy living.  The 15 day forecast promises temperatures in the mid-20’s C.

Anyway, as I’m looking forward to the trip, my preparations started today with a trawl of potential reading material on Amazon.  I’m quite excited about my choices – a variety of educational, trivial and thought provoking titles to keep me occupied.

Having got the “long lead” preparations out of the way, I guess I should start thinking about packing.  I do however still have almost a week before we go… so that can wait for another day!