You may be disappointed to hear that this isn’t an epic tale of one man’s battle to resist the temptation of a tasty chocolate treat; an exhibition of self-discipline and restraint to resist the lure of the sweet, warm cake, deliciously gooey in the middle with just a hint of nuttiness… It’s not that exciting I’m afraid.  No, this evening I had my first swimming lesson. 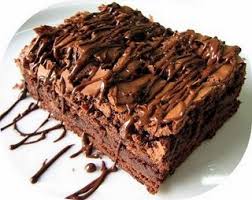 Tasty… but not on the menu today.

I didn’t really know what to expect.  Having signed up several weeks ago, all had gone quiet.  I assumed I was on a list, participating in a local authority lottery… my number would probably never come up!  Well, last week it did.  I received an SMS message.  8 pm on Wednesday.  My exercise horizons were about to be broadened. 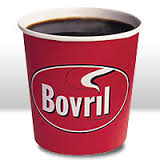 I learned to swim as a child.  We used to have regular family trips to the (not so) local pool, splash around for a while before getting changed and having a cup of Bovril and a Bag of Crisps from the vending machine.

I have been able to look after myself in and around water for as long as I can remember, but I would never describe myself as a swimmer.  Exercise in my youth was almost entirely gained on solid ground.

More recent attempts to swim for fitness have consisted of rather inefficient thrashing around with the occasional, slightly panic-stricken gasping for breath.  So, I decided that if I am to include swimming in my new exercise regime, I should do it properly and have some lessons.  Hopefully this will get me to the point where I have the technique and confidence to make it a beneficial, and perhaps even enjoyable, pursuit. 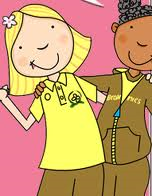 So this evening I arrived at the local pool feeling a little self-conscious and a little more nervous.  These feelings were exacerbated by the pack of Brownies, lining up two by two,  preparing to enter the pool.  So much for my quiet, low key introduction back to water!

It was the first time I’m been in a pool since my Heart Attack, so even submerging myself for the first time was slightly nerve-racking.  I had been warned to watch out for pressure changes… I might feel “strange”.  Fortunately I felt fine, I was able to crack on with the “swimming” unencumbered.

All I had to do was steal the occasional breath and avoid bobbing Brownies (both easier said than done!).  Heaven only knows what badge they were practicing for, but it all seemed rather chaotic.  Avoiding them was more of a feature of the evening than I could have ever anticipated.  As far as I’m aware, we all came away unscathed, but definitely more by luck than by judgement!  I’d like to say that Man won… but let’s call it an honourable draw.

No Bovril or Crisps for me this evening.  Just a nice cup of decaf tea.  How times change!