Last week Michael Jamieson, the Scottish Olympic Silver Medallist Swimmer, announced that he had to have his heart re-started to get it back into rhythm after a particularly hard training session.

“Not really sure the reasons behind it happening, but I went into an irregular beat after reaching 203 heart rate in a session (max is 193).”

Apparently he’s made a full recovery, and returned to training after just 48 hours.  Personally, I think it’s fantastic news that he is fit and well!

I don’t however believe that it’s “pretty cool” to push yourself so hard during a training session that your heart gets knocked out of sync.  Any suggestion that it’s a good thing has to be nuts!

The fact that the Specialist has only seen it three times would suggest to me that perhaps others may have experienced the same issue, but not been so lucky.  Not cool! 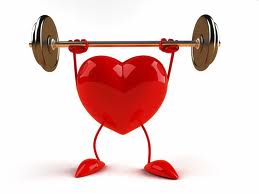 I guess I’m particularly sensitive to the story as I spend so much of my time trying to keep my Heart Rate within reasonable limits.  Personally, one of my biggest challenges is to make sure I spend enough time warming up and cooling down so I take care of my Heart.  Going “from rest to maximum effort as quickly as possible” definitely isn’t an option for me, and I would suggest shouldn’t feature in most people’s exercise regimes.

So, horses for courses… I’ll continue with the gentle build up to my Euro City Cycle.  I wish Michael all the best in his build up to next Summer’s Commonwealth Games!  For everyone else… go easy out there!