I turned 43 this week.  I definitely consider myself middle aged despite the fact people try to convince me that I’ve got a long way to go… middle age starts at 60 apparently (mostly according to people too young to really care, or old enough to be horribly biased!). 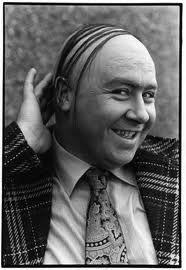 Like many men of my age, I had been losing the battle to maintain the physical attributes of my youth… although, to be fair, I wasn’t fighting very hard.  I was drifting towards the stereo-typical look of a middle aged man who’s slightly let himself go… “Fat and Bald”.

My personal journey into middle age took an “interesting” twist with the Heart Attack in the summer.  I am quite proud of what I’ve managed to achieve since in relation to getting myself into decent shape…

It’s been 150 days since my first post-Heart Attack visit to the Doctor.  At that stage, I had been out of hospital for about 10 days, and I was able to walk for about 15 mins, twice a day.  My Body Mass Index was about 29 (Overweight, borderline Obese) and the amount of superfluous weight I was carrying seemed ridiculous (See:  It all smells a bit fishy – 28th June 2013).

Since then I’ve lost about 40lbs and really started to build some strength and fitness.  For the first time in a very long time, my weight is officially in the “normal” range:

To achieve this. I wouldn’t say I’ve dieted as such.  If I’m hungry I eat.  I just tend to eat much more healthily.  I have significantly reduced the amount of fat and sugar I consume.  I haven’t drunk any alcohol.  I eat lots of fruit and vegetables.  I also make sure I have Breakfast every day, which I think makes a big difference.  Regular exercise has also made a huge impact.

In summary, as far as the “Fat and Bald” equation is concerned, I am fighting back (and winning) on the “Fat” front… which brings me to hair loss!

I visited the Barber’s today.  A not particularly frequent or regular trip to get my hair cut.  I have to say, I look forward to these visits less and less as time goes on.  In particular, I don’t look forward to the end of the visit when a mirror is produced to check that I’m happy with the back of my head… actually, “No, I’m not!“. 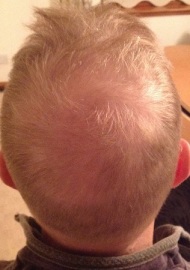 My hair is quite fair.  Technically I could argue I still have a reasonable covering of hair however it isn’t very effective at making itself seen!  In short, I have a bald patch that has been increasing in significance in recent years.

In the great scheme of things this really isn’t a big deal (although it causes much amusement to some members of my immediate family!) and I’m looking forward to the day when I get all my hair cut short so the patch becomes irrelevant.

In the meantime, I guess it acts as a good reminder that time only moves in one direction, and I should spend my energy on things that I can directly influence.

Let middle age roll on… I’ll fight it where it matters!