This weekend I trained alone.

I decided to give my imaginary training partner, Major Tim Peake, the weekend off following the excitement of Friday.  For him, running on a treadmill must be a bit of a come-down having just returned from a walk in outer space, but I don’t imagine there’s much that could follow the experience without falling a bit flat.

As imaginary training partners go, Major Tim is in relatively good shape and doesn’t need a huge amount of rest, but I thought he might appreciate a weekend with his feet up. 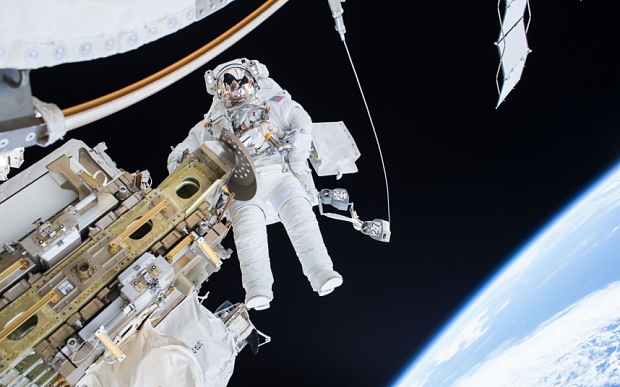 Tim’s attention can now return to the serious matter of preparing for the London Marathon.  It’s now less than 100 days until the big event, which also means it’s only 14 weeks until my first big challenge of the year, the Etape Loch Ness.

Like thousands of others, the challenges of the 24th April have kept me motivated through the dark winter months.  Many will be dreaming of running up The Mall to the adulation of an adoring crowd; I’m just thinking about hitting the bottom of the climb out of Fort Augustus, and fighting my way to the summit. 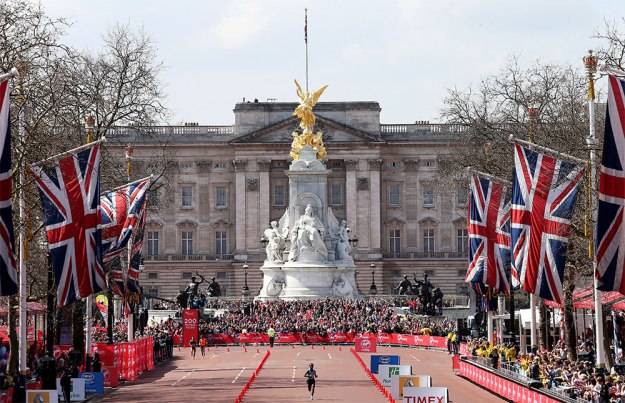 I’ve set myself the goal of completing the event in under 4 hours; beating last years’ time by about 30 minutes.

I’ve also got half an eye on beating Major Tim’s London Marathon time, but there are a couple of major variables to consider:  (1) How does 6 months in orbit, and being strapped to a treadmill on the International Space Station, affect your marathon performance? and, probably more importantly, (2) What will the weather be like in Inverness?  It’s the North of Scotland… after all!

So, it’s time to knuckle down and get on with the preparation. I hope Major Tim has enjoyed his weekend off, but it’s back to work tomorrow.

It isn’t only Britain’s schoolchildren that have been inspired by Major Tim Peake’s Space Mission (Principia). The publicity around his recent launch caught the imagination of thousands of older boys and girls around the world too… including me.

Unfortunately space travel is another activity that is on my “not going to happen for medical reasons” list (together with bungee jumping and scuba diving). There are a number of factors that would rule me out, but in particular a history of heart problems wouldn’t look good on the European Space Agency application form.

Despite this, Major Tim and I have a number of things in common:

Firstly, we’re both British men in our forties who have jobs that require us to work away from home from time to time.

We’re also both working towards a physical challenge on 24th April 2016. I’ve selected the Loch Ness Etape (http://www.etapelochness.com/) as my first challenge of 2016 (a 66 mile cycle around Loch Ness), Major Tim will be participating in the London Marathon on the same day, and we’re both looking to complete our challenges in under 4 hours.

Despite Major Tim being in orbit our training conditions are more similar than you’d think… Our exterior environments are similarly inhospitable – the intimidating blackness of “space” is matched only by the monotonous greyness of a Scottish winter.  As a result we’ll both be spending a lot of time training inside on our own. Major Tim will be harnessed to his treadmill, I’ll be on my Turbo Trainer.

In order to succeed we’ll both need to battle gravity; Major Tim will be training to stay fit and healthy, overcoming the effects of microgravity on his body through physical exertion. I’ll be working hard to ensure I can overcome gravity too… Scotland isn’t flat!

So, I’ve decided to adopt Major Tim as my imaginary training partner.

I’ve found that space is a good place to let your mind drift to, to ward off the tedium of training.  Major Tim doesn’t have anywhere to go, so he’s generally a willing companion. Together we’ll work our way through the winter, spurring each other on to our goals. 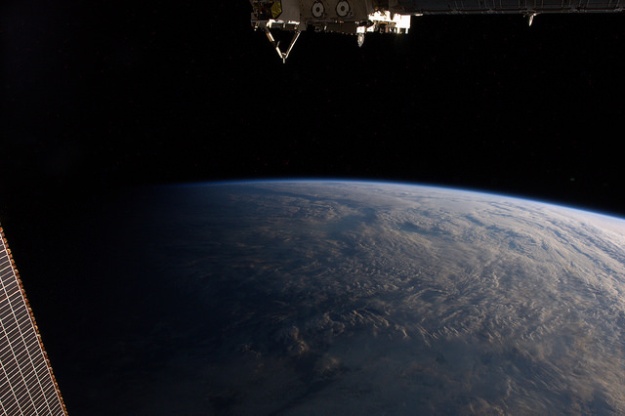 A message for Major Tim Peake:

Major Tim, if a little virtual companionship helps you on your way as you put in the hours of training on the International Space Station, I’ll be right alongside you… and I’m sure thousands of others will be too #TrainingwithMajorTim 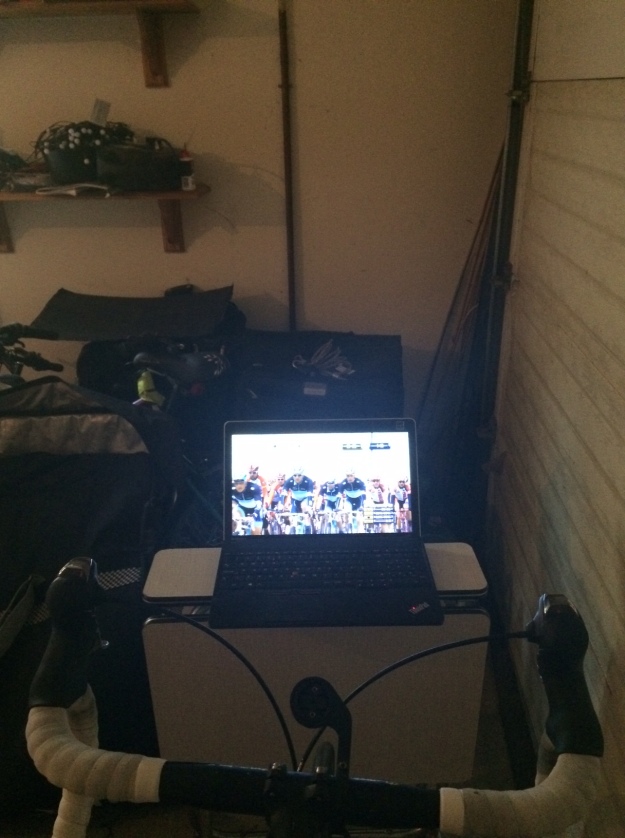 The view from my Turbo Trainer