Yesterday saw my latest visit to the Doctor’s Surgery.  Unless anything unexpected happens, regular visits are scheduled every three months.  Recent appointments have been spectacularly uneventful, and I’m pleased to report that yesterday’s was too.

The only measure that’s regularly taken is my Blood Pressure, which was “perfect”.  My medications are at the “optimal” level and I feel fine. 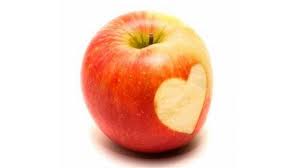 We discussed some minor “issues” that under normal circumstances I wouldn’t give a second thought to, but that take on greater significance having recently experienced a Heart Attack.  Apparently they’re all “normal” too:  Light, but fairly regular nose bleeds are due to the anti-clotting drugs I’m taking, occasional dizziness is due to the artificially low blood pressure, again due to the medication, and the “sensations” in my chest are likely to be a combination of aches from exercise and an overly active imagination, they certainly didn’t appear to cause alarm.

For the past 7 months I’ve been taking care of myself and doing all the things necessary to maintain a fit and healthy lifestyle… well, almost!  Until this morning I had not visited a Dentist.  In fact I hadn’t visited a Dentist for a while… a long while.  This morning this oversight (technically more of an avoidance I guess) bit me on the behind!

Having been to the pool for an early morning swim, I was enjoying a breakfast of Muesli and All Bran when one of my teeth disintegrated.  Not so good! 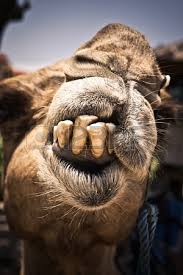 It could have been worse!

As it turns out, I have 29 teeth that appear to be strong and healthy, and 1 that is an absolute basket case.  I wasn’t in pain, but even I could recognise I didn’t have much of an option other than to visit the Dentist.  Fortunately they were able to see me immediately – I don’t know how lucky I am! (apparently)

The good news is it’s just a tooth.  It’s not a hugely prominent one either; it would more naturally feature in the “big cheesy grin” line rather than the “Smile” line.  I have a few days to decide what to do next but this whole “falling apart” thing does take a bit of getting used to.

At least it’s forced me to get all my teeth checked out.  On the plus side, it also allowed me to complete a medical form without having to tell any white lies, in particular about the “Units of alcohol consumed per week”… a big fat zero!

Hopefully this will be the final stage of the healthy new me, and my newly formed support team:  Optician. Dentist. GP. Cardiologist.  Fingers crossed that will suffice… for the time being at least!